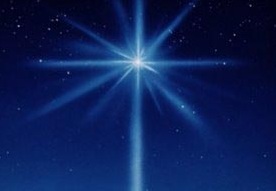 I don’t normally blog about overtly political matters. I like to talk about theory and philosophy, of course, but for the last few years I’ve been reluctant to name names and point fingers. But this past week has brought a number of issues to my mind in a very pointed way, and chief among these is the President’s inaugural address. The President made several bold statements on Monday, fully embracing a radically progressive program for the future. His supporters have even called him the “Liberal Reagan.” Conservatives have become even more outraged and terrified. On both sides, the message was received.

The most memorable line from the President’s speech, and the one that people are already calling “historic” is this one:

We, the people, declare today that the most evident of truths—that all of us are created equal—is the star that guides us still, just as it guided our forebears through Seneca Falls, and Selma, and Stonewall, just as it guided all those men and women, sung and unsung, who left footprints along this great Mall, to hear a preacher say that we cannot walk alone, to hear a King proclaim that our individual freedom is inextricably bound to the freedom of every soul on Earth.

Here we have political theater and civil religion in full form.