From time to time in my cultural and apologetic writings I will criticize scientism, the belief that the physical sciences provide all of the meaningful knowledge in the world (a variation of positivism), as well as the parasciences and pseudosciences known by various “social science” names. Often the dismissal is quick and witty, perhaps to a fault, and so it is worthwhile occasionally to spell out the problems with such a method. The first thing that we should say is that it is in no one’s interest to dismiss the true findings of science or to deny that science is a powerful means of acquiring knowledge. To do so would simply be stubborn and superstitious. The point, rather, is to demonstrate that science is necessarily limited. It makes observations and predictions, though the predictions often leave the realm of the strictly scientific. This is all well and good on its own, a valuable means of learning and of forming the mind. And this really is what the best scientists all admit. Science operates within these boundaries by design.

What science should not do is attempt to construct metanarratives. Or rather, as soon as science begins to construct metanarratives it ceases to be “science” in the modern sense of the term. It becomes philosophy, literature, or religion. And as anyone who has met me well knows, I am a big fan of philosophy, literature, and religion. I think they are fundamental to all true wisdom. So I don’t say that science shouldn’t do this work because I don’t think such work should be done. I most emphatically do! It’s just that in doing this work, science invariably cheats. It ceases to operate on a strictly observational and test-confirmation methodology, and it begins to add in other considerations which are outside its strict bounds. It does so, however, all while still using the nomenclature of “science” to claim an objective point of view and the rhetorical authority which is currently granted to such. 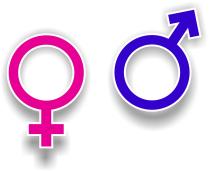 In our modern day, the assumption seems to be that “social sciences” are more reliable, because they are “science” after all. They rely on statistics, and we all know that statics are the way to go. In fact, at the political science conference I go to, it’s about 70% statistics. (I go to the theory panels, but you knew that.) And it’s not that statistics are nothing. It’s just that they are inherently democratic, and I don’t believe that wisdom is. I believe in external and objective truth, something which we can all pursue and be relatively persuaded of through reason, patience, and charity. We don’t determine such wisdom by amassing testimonials from eye-witnesses though. We identify self-evident truths and indubitable realities, which stand outside us all, and then we deduce and we induce. Science will be very helpful along the way, but science will only do some of the work. It will not do all of the work. It cannot do all of the work. This is because it is necessarily limited. It observes and sometimes predicts. It does not really interpret or “understand.” Science can tell no stories.  In fact, science itself rests upon a foundation which is pre-scientific, a set of assumptions about the nature of reality and knowledge, and these assumptions cannot actually be “tested” in the scientific manner without falling into a vicious circle. I probably should have told you that some of those books I read were philosophy books. END_OF_DOCUMENT_TOKEN_TO_BE_REPLACED